Gucci is an Italian luxury brand of fashion and leather goods, part of the Gucci Group, which is owned by the French holding company Kering. The House of Gucci, better known as simply Gucci, is an Italian French-owned iconic fashion and leather goods label. It was founded by Guccio Gucci (b.1881 – d.1953) in Florence in 1906. Gucci is considered one of the most famous, prestigious, and easily recognizable fashion brands in the world. Gucci generated about €4.2 billion in revenue worldwide in 2008 according to BusinessWeek and climbed to 41st position in the magazine’s annual 2009 “Top Global 100 Brands” chart created by Interbrand.Gucci is also the biggest-selling Italian brand.
Gucci operates about 278 directly operated stores worldwide as of September 2009, and it wholesales its products through franchisees and upscale department stores.
In the Forbes World’s Most Valuable Brands list, Gucci is ranked the 38th most valuable brand, with a brand value of $12.4 billion as of May 2015. You don’t have to be a fashionista to recognize a classic Gucci bag. The G monogram is a globally recognized stand-in for the Italian brand—and for luxury and glamour. Similar to Louis Vuitton’s LV and Chanel’s CC, Gucci’s double Gs aren’t merely the initials of the label’s founders; they have become status symbols. Today the Gucci label is going strong. Its brand identity is clear and consistent even as its current creative director, experiments with new design strategies that both defy and reference classic Gucci signature elements. 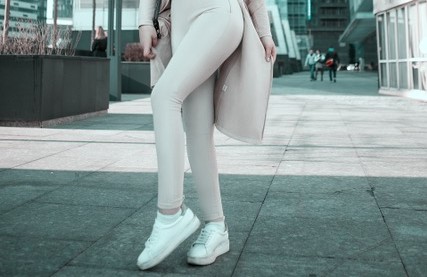 The history of Leggings